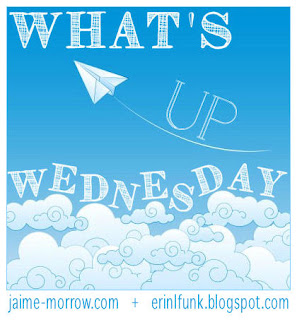 What's Up Wednesday is a weekly meme run by Erin L Funk and Jaime Morrow and is a great way for readers and writers to catch up!

This week, I read several sequels I've been waiting to read for a while! I picked up Champion by Marie Lu, as I really enjoyed Legend and Prodigy, and this was probably my favourite of the three! What an amazing trilogy ending!

I've also been reading the Darkest Powers trilogy by Kelley Armstrong, which have been on my TBR list forever! I really enjoyed the series (though I'm kind of glad I didn't read it before writing the Darkworld series as there are a couple of similarities - it's always the way!)

I also read The Redemption of Callie of Kayden, which I've looked forward to for ages! I don't read much contemporary, but these are some of the best New Adult books I've read.

Oh, and I completed my Goodreads 2013 reading challenge: 250 books! Note that around 30 of these were novellas, but I'm still pretty thrilled because it's double what I read last year! I blame submission reading for turning me into even more of a speed-reader than I was already - but it certainly doesn't mean I don't take the time to slow down and enjoy the story! :)

I just wish I had the time to review every book I read...

More editing! I've been fixing continuity issues across the Darkworld series, and also doing the possibly-final edits of Beneath the Waves and tinkering with the query. I've read through this manuscript so many times I'm afraid any more editing will ruin it - so I'm going to face my fears and enter Pitch Wars next week! It might be only the nerve-shredding terror of entering the query trenches again (would you believe it's been a year since I was querying Darkness Watching? How time flies...) that's been holding me back. Also, I've never participated in a contest before. But Pitch Wars sounds fantastic, so I'll give it a shot!

If it's of any interest to anyone, here's my current query for Beneath the Waves:

In sixteen-year-old Rika’s world, the cursed oceans return the dead to life as blood-drinking vaska that threaten her home. As the only human who can breathe underwater, she must hide her abilities from her superstitious neighbours, but when she discovers she is the missing daughter of the Queen of the Finfolk, a hidden community beneath the waves, she makes the dangerous journey into the Kingdom of the Finfolk. A slumbering danger worse than the vaska lurks in the water; and her only hope lies in a forgotten alliance between humans and Finfolk.

When Rika’s childhood friend, seventeen-year-old Levi, a young magus-in-training at the Magi Guild, discovers that the syla crystal – humanity’s only defence against the vaska – is dwindling, he determines to find an alternative source. Rika’s and Levi’s quests bring them together to face the vaska and the awakening beast. They must restore the failed alliance or lose their world forever.

Aaand, an alternative one:

Sixteen-year-old Rika is the only human she knows with the ability to breathe underwater – a dangerous gift in a world where the oceans are cursed to return the dead to life as blood-drinking vaska. But the last thing she expects is to learn that she is the missing daughter of the Queen of the Finfolk, a hidden community that exists hidden beneath the waves, and the key to saving them from the curse of the vaska.

When Rika’s childhood friend, Levi, a young magus-in-training at the Magi Guild, discovers that the syla crystal – humanity’s only defence against the vaska – is dwindling, he determines to find an alternative source. But this is the very crystal that sustains the Finfolk’s community, and when the vaska strike at the heart of the Magi, Levi faces the choice of whether to reveal their existence or face humanity’s extinction.

As Rika make the dangerous journey into the Kingdom of the Finfolk, she learns of a danger worse than the vaska awakening under the sea, threatening both humans and Finfolk alike. Their last hope rests in a forgotten alliance, but magecraft always has a price, and it might be more than they are willing to pay.

As for my other writing, for some reason, I seem to be on an end-of-the-world kick at the moment. The next project I'm planning (but shouldn't be, given how much else I have to do!) is a YA post-apocalyptic fantasy. So, there's that. But I'm being good and putting it away to focus on my current works-in-progress (read: I'm working on it when I should be sleeping...).


What else I've been up to 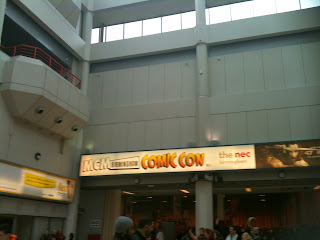 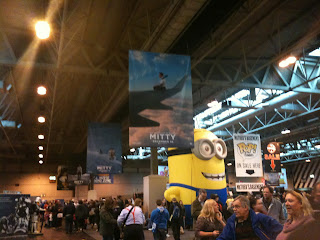 DOCTOR WHO. Also, my boyfriend and I spent Sunday at Birmingham MCM Comic Con, which was amazing! 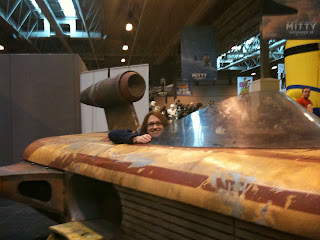 Yes, there was a giant minion. Also, we ran around trying out the Star Wars vehicles. :D 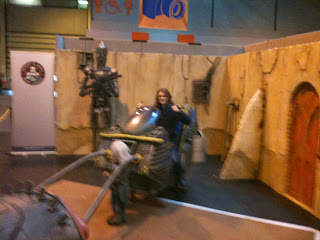 (I am completely incapable of acting my age...) 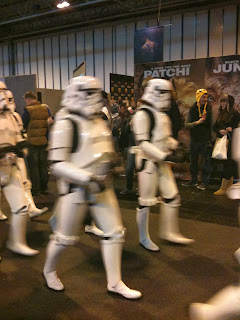 And there was a Stormtrooper parade. Awesome. 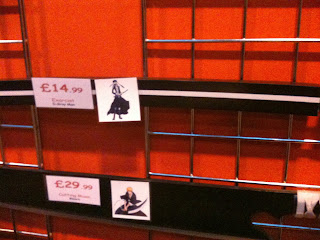 I was VERY tempted to buy a D.Gray-Man replica sword (photo on the left, the top one). I managed to resist, on the grounds that I have nowhere to keep it. But yeah, I'm a total D.Gray-Man fanatic and have always wanted one of these!

I did buy a walrus named Paul, though. 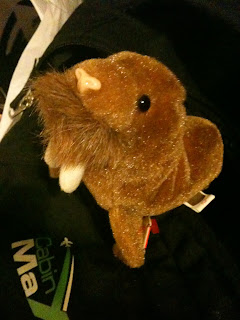 And there's always a Dalek (see below). 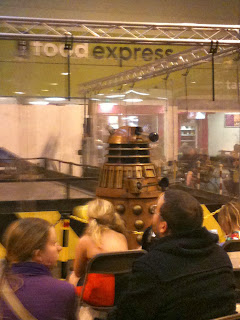 I then went up north to stay with my boyfriend for a few days. We watched Catching Fire on Monday, which was AMAZING! I liked it better than the first Hunger Games film (which I loved).  Jennifer Lawrence was brilliant, as always. That film was SO EMOTIONAL. I'm still getting over it!

What inspires me right now

Enthusiasm! From the tenacious NaNo-ers close to completing their goals to the excited writers preparing for Pitch Wars, the writing community is overflowing with enthusiasm at the moment! Also, Doctor Who. And Catching Fire. And life in general.