I've been keeping a secret. Actually, if you follow me on Twitter or Facebook, I haven't exactly been subtle about the new series I've been working on over the last few months. But so far I've only shared that it's adult urban fantasy, and that I'll be publishing the first book in April.

So here's the official announcement: Faerie Blood, Book 1 in the Changeling Chronicles, will be published on April 21st 2016. It'll be a series, with three books planned. If sales look promising, I'll extend the series. :) 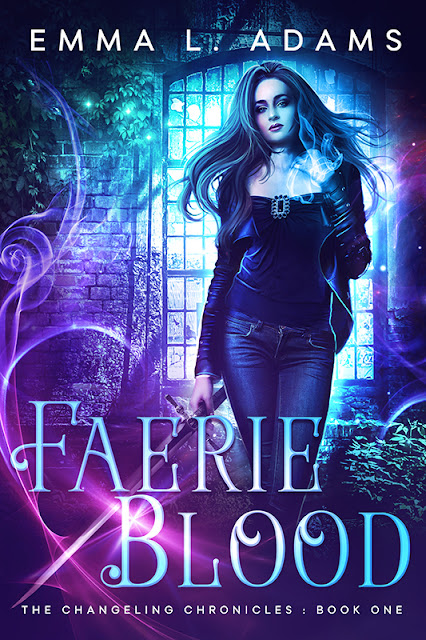 I’m Ivy Lane, and if I never see another faerie again, it’ll be too soon.

Twenty years after the faeries came and destroyed the world as we knew it, I use my specialist skills to keep rogue faeries in line and ensure humans and their magically gifted neighbours can coexist (relatively) peacefully.

Nobody knows those skills came from the darkest corner of Faerie itself.

When a human child disappears, replaced with a faerie changeling, I have to choose between taking the safe road or exposing my own history with the faeries to the seductively dangerous head of the Mage Lords. He’s the exact kind of distraction I don’t need, but if I don’t work with him, I’ll lose my chance to save the victims. It’ll take all my skills to catch the kidnappers and stop Faerie’s dark denizens overrunning the city — but if the faerie lords find out about the magic I stole last time I went into their realm, running won’t save me this time…

The book will be out on April 21st 2016. I'm currently drafting the sequel, which I'm hoping to publish between May and July.

Meanwhile, my next release will be Ablaze, the second book in the Indestructible trilogy, out on April 4 2016. Those of you who've been reeling over that cliffhanger: you don't have long to wait now! :)

So April's set to be a busy month. I'll be publishing two books, working on a sequel, finishing up revisions on Divided (Alliance, #4) and working on cover art for that and the fourth Darkworld book. It's a truth universally acknowledged in publishing that you get radio silence for months, then everything happens at the same time!

*runs around in circles*
Posted by Unknown at 11:50