It's my 3-year blogoversary! *throws confetti* So I've decided now's a good time to share the cover for Nemesis (Alliance, #2)! 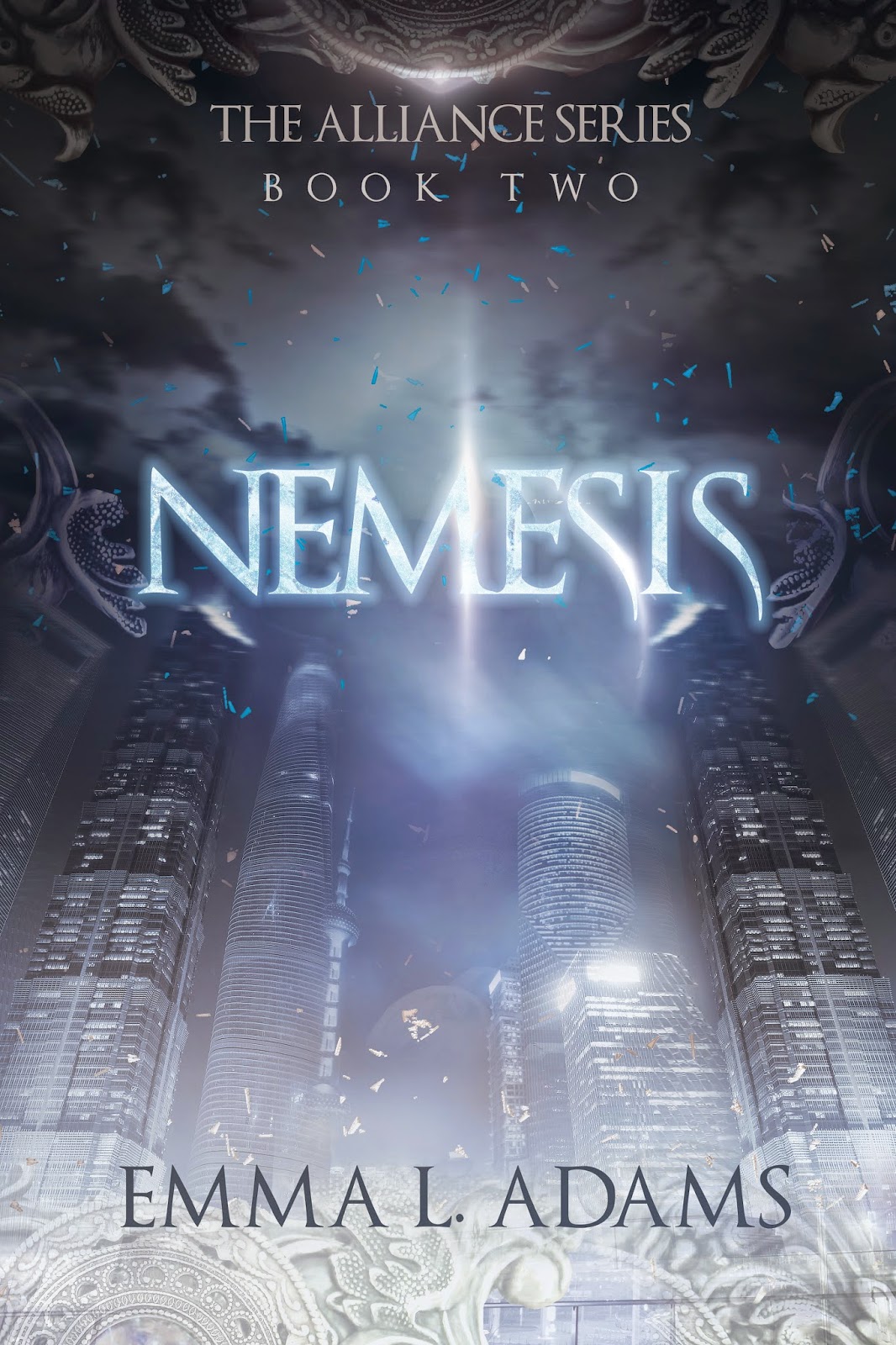 I have to admit, I can't decide which cover I prefer out of this one and Adamant's! They're both ridiculously pretty. :D

Joining the Alliance might be the key to seeing the worlds she's always dreamed of, but Ada's new job causes a rift to form between her and her guardian, Nell. As she struggles to come to terms with the events of the previous month, Ada is reluctant to use magic again after the damage it caused.

Kay, meanwhile, faces his first challenge as one of the Alliance’s offworld Ambassadors - helping his colleague, Markos, investigate the mysterious death of the centaurs’ king back on his homeworld of Aglaia. When they realise magic is involved, Ada is pulled into the investigation. But tensions between humans and centaurs run high, and avoiding a bloodbath will be more difficult than any of them expect. Especially when Kay discovers something about his own magic that could affect the future of the Alliance.

Against an enemy they quite literally can’t see, Ada and Kay must face up to the power that almost destroyed their lives…

To be released: June 8 2015. Pre-order from Amazon now!
Add on Goodreads

Start the series with Adamant (Alliance, #1), reduced to 99 cents this week only! :) 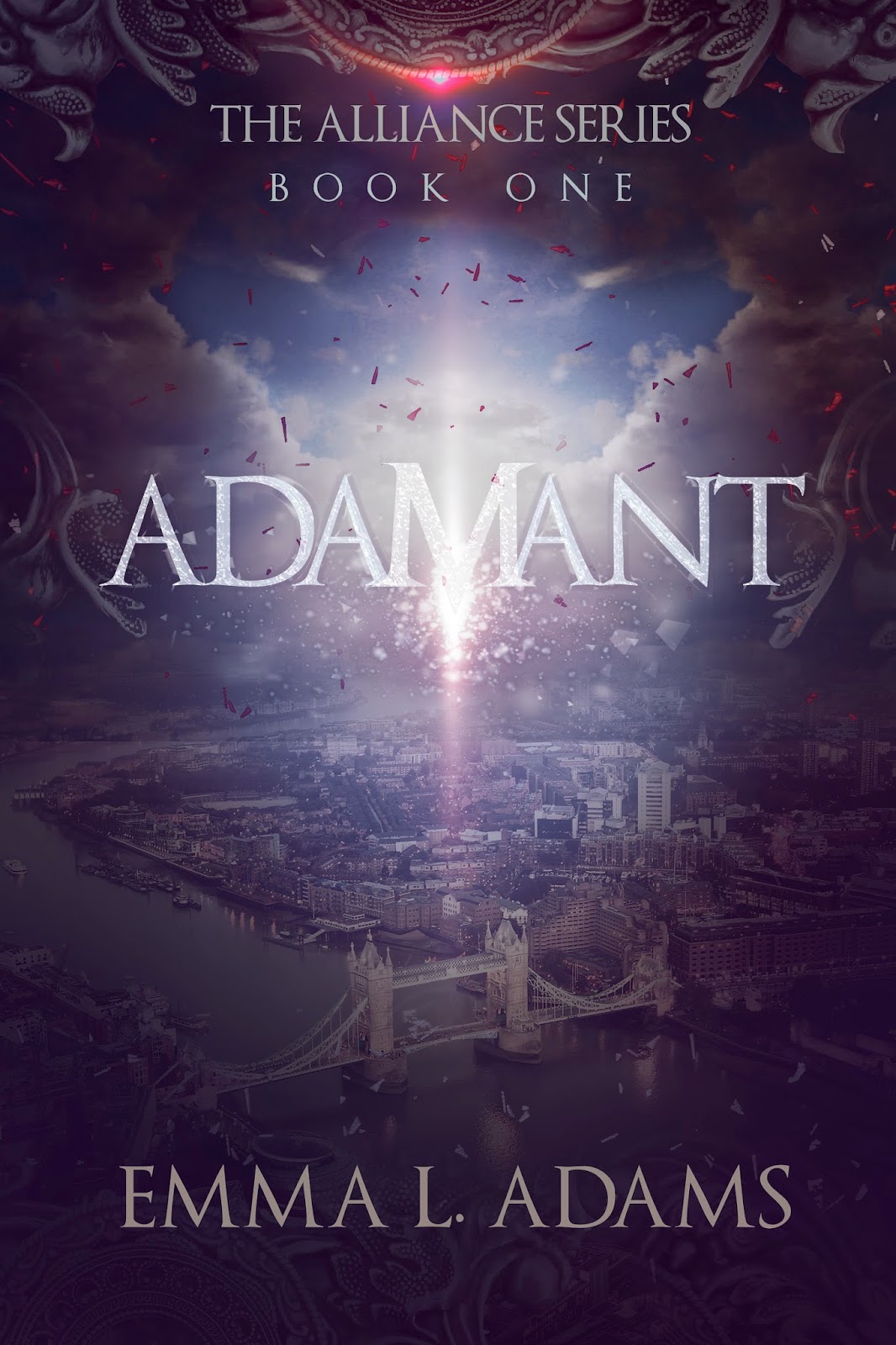 Magic. Monsters. Murder. Welcome to the Multiverse. The Inter-World Alliance is the only force standing between Earth and the terrifying monsters of offworld. But one girl is about to shake up the balance...Ada Fletcher is twenty-one, keeps a collection of knives in her room, and lives under the Alliance's radar, risking her life to help refugees from a devastating magical war on her homeworld hide on the low-magic Earth. But when she's taken into custody by the Alliance, her unusual magic makes her a prime suspect for a supervisor's suspicious death. Kay Walker, grandson of the Alliance's late founder, expects to spend his first week as an Alliance employee chasing monsters out of the dark Passages between worlds, not solving a murder. But when his supervisor dies in suspicious circumstances, he finds himself in charge of questioning a girl he arrested as a suspect. A girl with secrets that force him to confront his own narrow escape from magic's destruction, and threaten to make both of them into the murderer's next targets.The last thing Ada wants is to help the infuriating Alliance guard who arrested her, but it soon becomes clear that the Alliance knows too much about Ada's offworld origins. More, in fact, than she knows herself. Now she has to choose between loyalty to her family, and helping the Alliance save the Earth - and the Multiverse - from a deadly enemy.


What reviewers are saying

"The world building is magical. Even though we only get a hint of what's out there, I am already in love with this world." - Lola at Lola's Reviews

"I found the book to be well written, in a pace that kept me really interested all the way through the book. I loved the kick-butt character of Ada and the almost instant chemistry between her and Kay even though they are on opposing sides... this book is a great read, the beginning of a potentially brilliant and addictive series" - Jeanz Book Reviews

"Emma has created a fantastic, brilliant world in ADAMANT. The world is filled with raw and authentic characters, whether they're human or centaur or something else entirely... This book is a unique, fun read, and I'd recommend it to everyone who enjoys sci-fi and fantasy." - Amazon reviewer

I'm also giving away a $10 Amazon gift card and some awesome Alliance postcards and bookmarks! :)

To be notified when I have a new release and get access to exclusive giveaways (and a free Alliance short story next month): Sign up to my author newsletter!
Posted by Unknown at 10:00